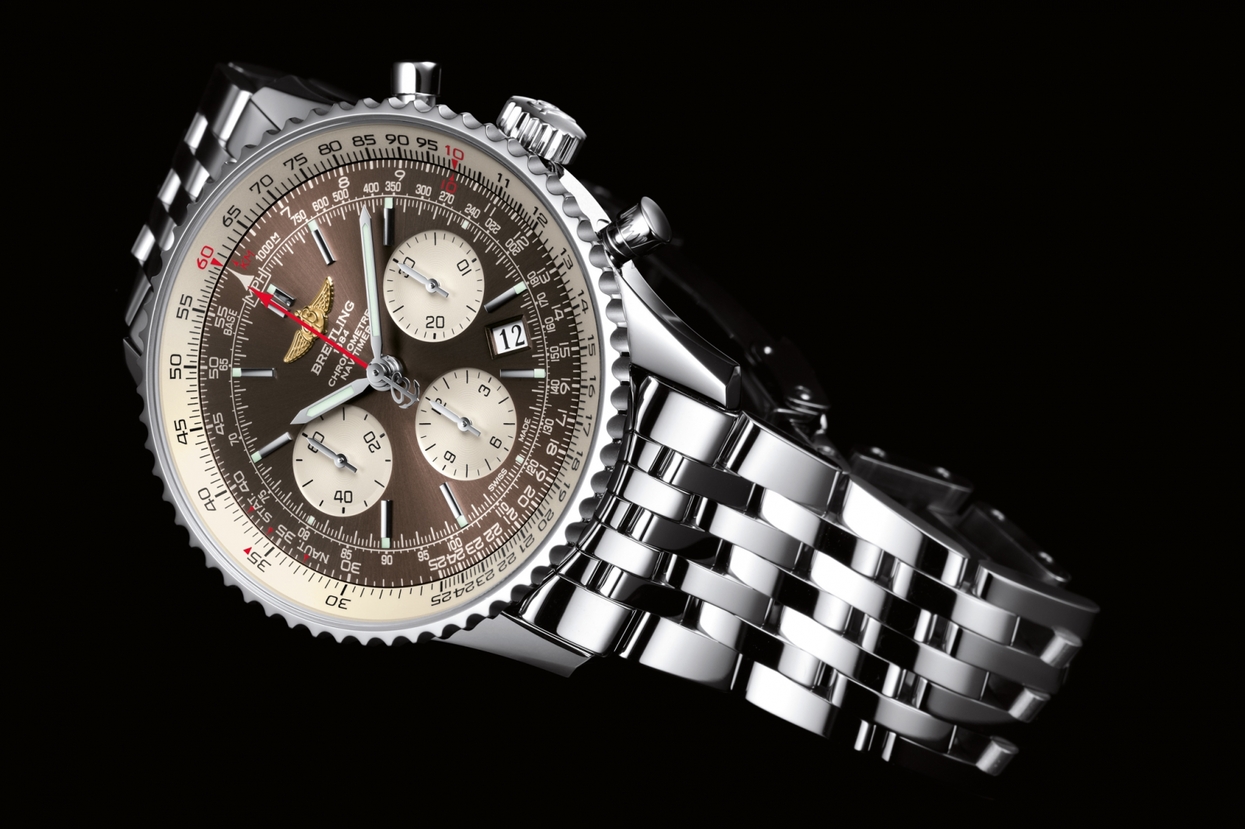 The new face of the legend

Iconic in its classic version with a black dial, the famous Navitimer adopts even more exclusive colors in a limited series featuring a magnificent bronze dial.

Created in 1952, the Navitimer is not only the doyenne of all mechanical chronographs produced worldwide. With its technical and functional style, this instrument unique in its kind has asserted itself as one of the ten great 20th century watchmaking classics – and a cult object for all passionate aviation enthusiasts. Breitling offers this legendary model in a 1,000-piece limited series distinguished by a bronze-colored dial – an original and refined touch that further highlights the originality of the design with its three hollowed counters and its circular slide rule designed to perform all calculations involved in airborne navigation. A transparent caseback provides a chance to admire the Manufacture Breitling Caliber 01, a high-performance selfwinding chronograph entirely developed and produced within the Breitling Chronométrie workshops and chronometer-certified by the COSC (Swiss Official Chronometer Testing Institute) – the highest benchmark in terms of precision and reliability, and the only one based on an international standard.